PERIODONTAL DISEASE EXPLAINED FOR THE PHARMACIST 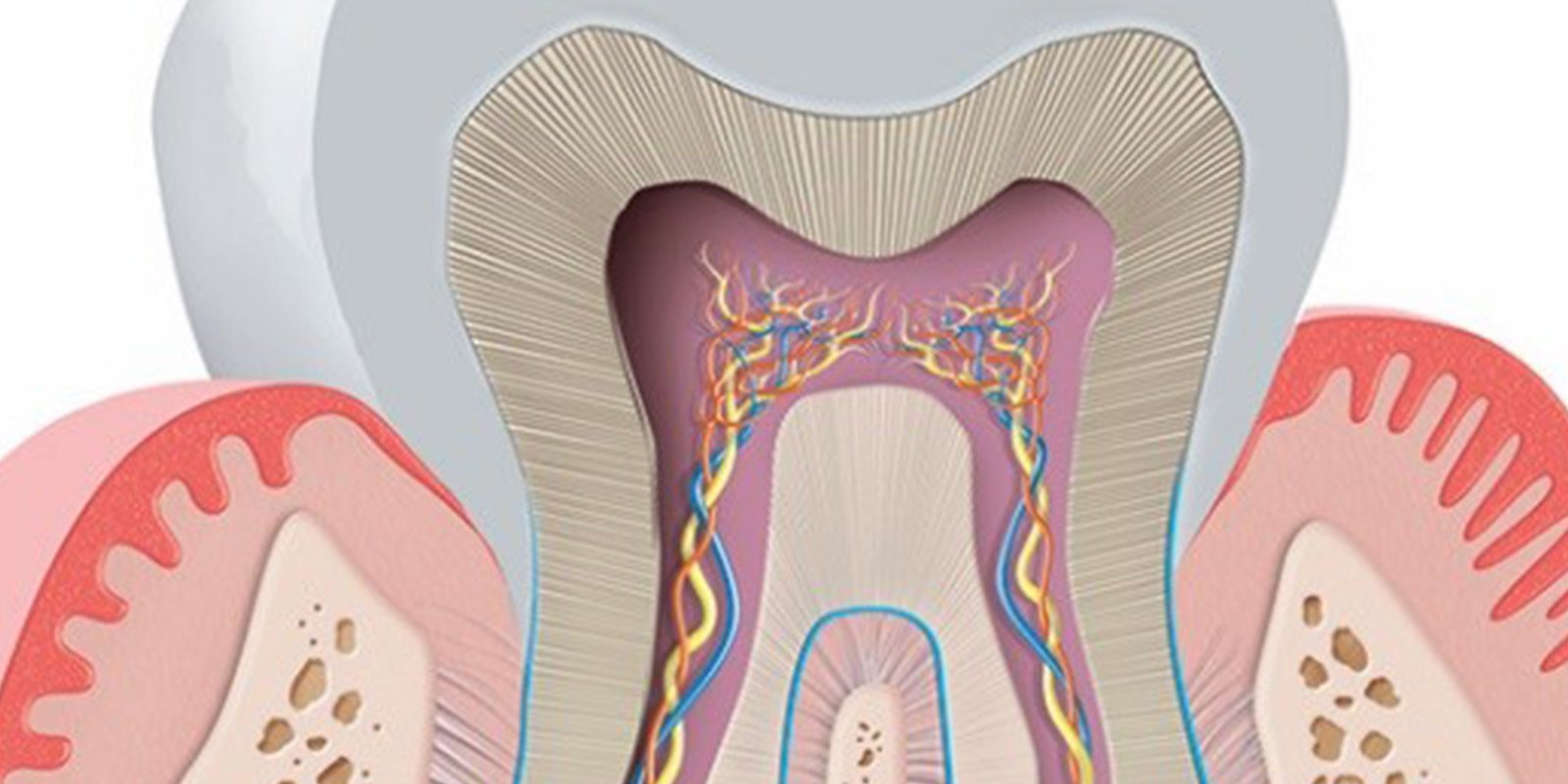 Periodontal disease, aka gum disease, is a set of chronic infectious diseases that affect the periodontium, causing inflammation and/or subsequent destruction.

The periodontium is the body of tissues that holds and protects the teeth. It is composed of the following tissues:

Gingiva (gum): the fibromucous membrane that surrounds, protects and helps support the teeth.

Periodontal ligament: connective tissue fibres that connect the cementum of the tooth to the bone, and which allow for certain, imperceptible tooth mobility.

Cementum: the protection for the tooth at the root, and the point of the tooth where the connective tissue fibres of the periodontal ligament are inserted.

Alveolar bone: this houses the teeth. Its presence depends on the existence of the tooth, ie. if the tooth is lost, the alveolar bone will be reabsorbed.

Periodontal disease is essentially classified as either gingivitis or periodontitis.

In the vast majority of cases, the origin of periodontal disease lies in the build-up of bacterial plaque, or biofilm, on the teeth, especially in the interdental area or in the margin between the gum and the tooth. This accumulation of bacterial plaque causes a local inflammatory response in the gums: gingivitis.

Gingivitis is an infectious disease—originating in most cases from bacterial plaque—causing inflammation, reddening and bleeding of the gums, without there being destruction of the tooth’s supporting tissues.

Bleeding of the gums is not normal and is a sign of gingivitis.

There are certain groups at risk of suffering from gingivitis:

- Brace wearers
- Those experiencing hormonal alterations, in pregnancy, menopause, etc.
- Those who suffer from certain systemic diseases, such as diabetes
- Those under stress
- Those undergoing treatment with certain medicines, such as phenytoin, cyclosporin, or nifedipine.

Gingivitis is a reversible pathology. That is to say, if the causal factor is eliminated—normally bacterial plaque—the health of the gums can be restored.

To do so, it is necessary to optimise oral hygiene. The use of specific gum-care formulations is recommended, as well as paying special attention to daily interdental hygiene. Gum health should be monitored in the dental clinic, and prophylaxes should be carried out to remove the dental calculus—popularly known as tartar—which is the bacterial plaque that has hardened and cannot be removed through regular oral hygiene.

If left untreated and there is genetic predisposition, gingivitis may over time evolve into periodontitis, the destructive form of periodontal disease.

Periodontitis is a chronic infectious disease caused by the build-up of bacterial plaque beneath the gums, causing inflammation and the subsequent destruction of periodontal tissues, i.e. periodontal ligament and bone.

In addition to inflammation and bleeding, the main signs are gingival recession—in which the gum recedes, and teeth seem “longer”—tooth mobility, bone loss, and eventually potential loss of teeth, which are a consequence of the destruction of the connective tissue, the periodontal ligament and the alveolar bone.

The step from gingivitis to periodontitis is usually due to the evolution of bacterial plaque to more aggressive species of periodontal pathogens, with the consequent inflammatory response, as well as the concurrence of other risk factors.

It should be taken into account that genetic predisposition is necessary to develop periodontitis; that is, there are some people who can have gingivitis all their lives without it ever evolving into periodontitis.

There are additional risk factors for periodontitis, in addition to genetics, among which are:

- Tobacco smoking: Tobacco smokers are between 5 and 20 times more likely to develop periodontitis. Tobacco smoking accelerates periodontal destruction and masks the signs of the disease, so that it can progress without the patient realising.

In addition to the harmful consequences for oral health that periodontitis presents, such as tooth loss, it may also have a systemic impact. In fact, there is scientific evidence of the relationship between periodontitis and more than 50 systemic pathologies, such as diabetes, atherosclerotic cardiovascular diseases, pregnancy disorders, rheumatoid arthritis, erectile dysfunction and serious respiratory diseases such as bacterial pneumonia, chronic obstructive pulmonary disease, etc.

Unlike gingivitis, periodontitis is irreversible, since the tissue destroyed does not recover naturally and would only be possible with surgical regeneration or grafting techniques. It is of vital importance for patients with periodontitis to have the pathology treated as soon as possible, preventing further tissue loss, and keeping their teeth.

The treatment of periodontitis is performed at the dental clinic and consists mainly of the “mechanical” removal of bacterial plaque and calculus from the teeth, especially at the root.

Occasionally and by decision of the periodontist—a dentist specialising in periodontal care—surgery may be indicated. The objective of periodontal surgery is usually the treatment of deep periodontal pockets—the spaces that form between the gum and the tooth where the bacteria responsible for periodontal destruction are located—although it may have other intentions such as periodontal tissue regeneration.

These “mechanical” forms of treatment must be combined with antiseptic treatment. In general, the most commonly recommended is the most powerful antiseptic for the oral cavity: chlorhexidine. The goal is to prevent the growth and development of bacterial plaque, thus preventing disease recurrence. The patient must also improve oral hygiene, with a special focus on interproximal cleaning. 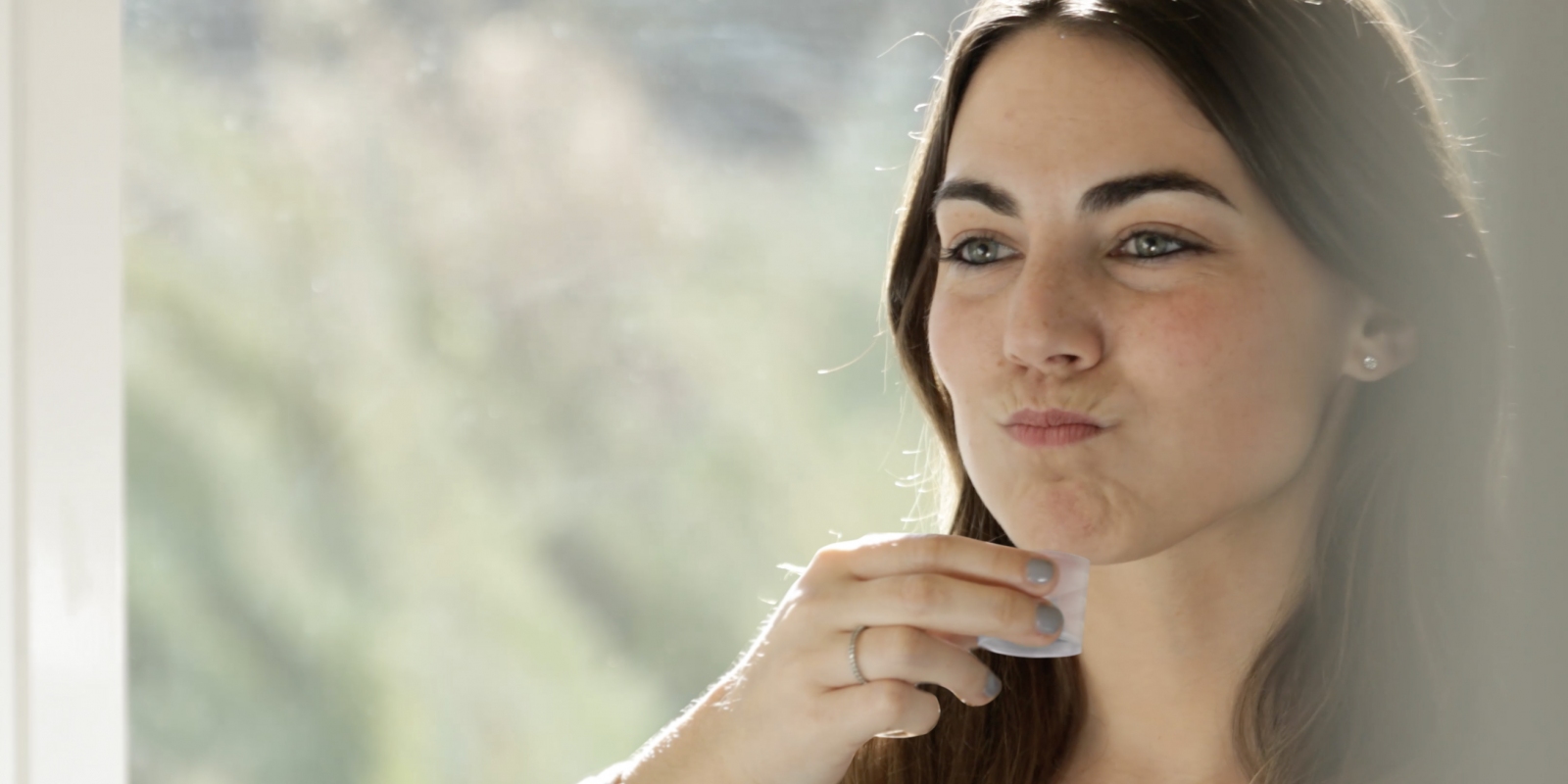 INTRODUCTION The oral cavity is a route of entry, infection and transmission of microorganisms, including the SARS-CoV-2 coronavirus. Several… 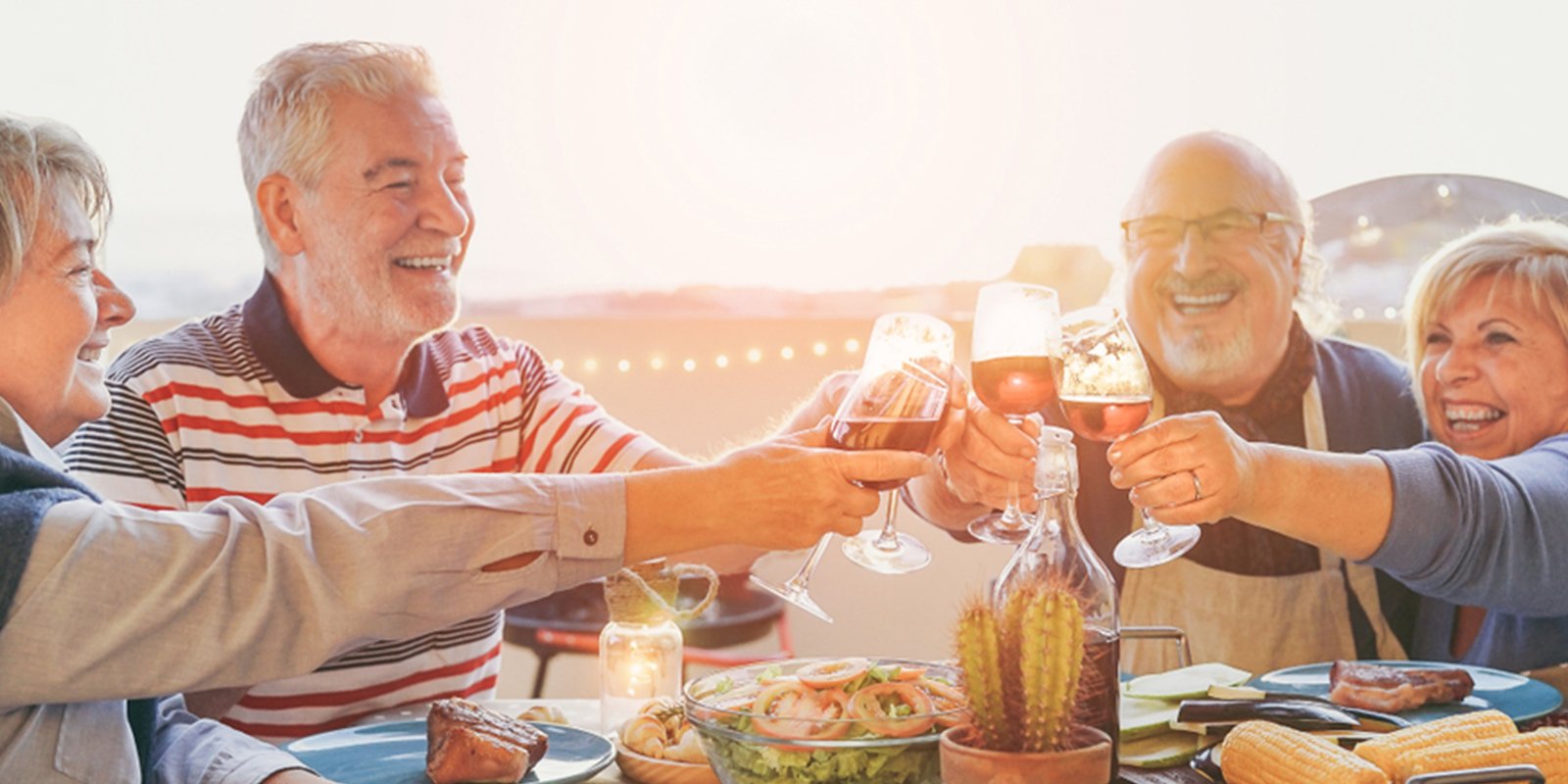 As the years go by, the mouth undergoes both anatomical and physiological changes. These changes, together with poor oral hygiene and certain… 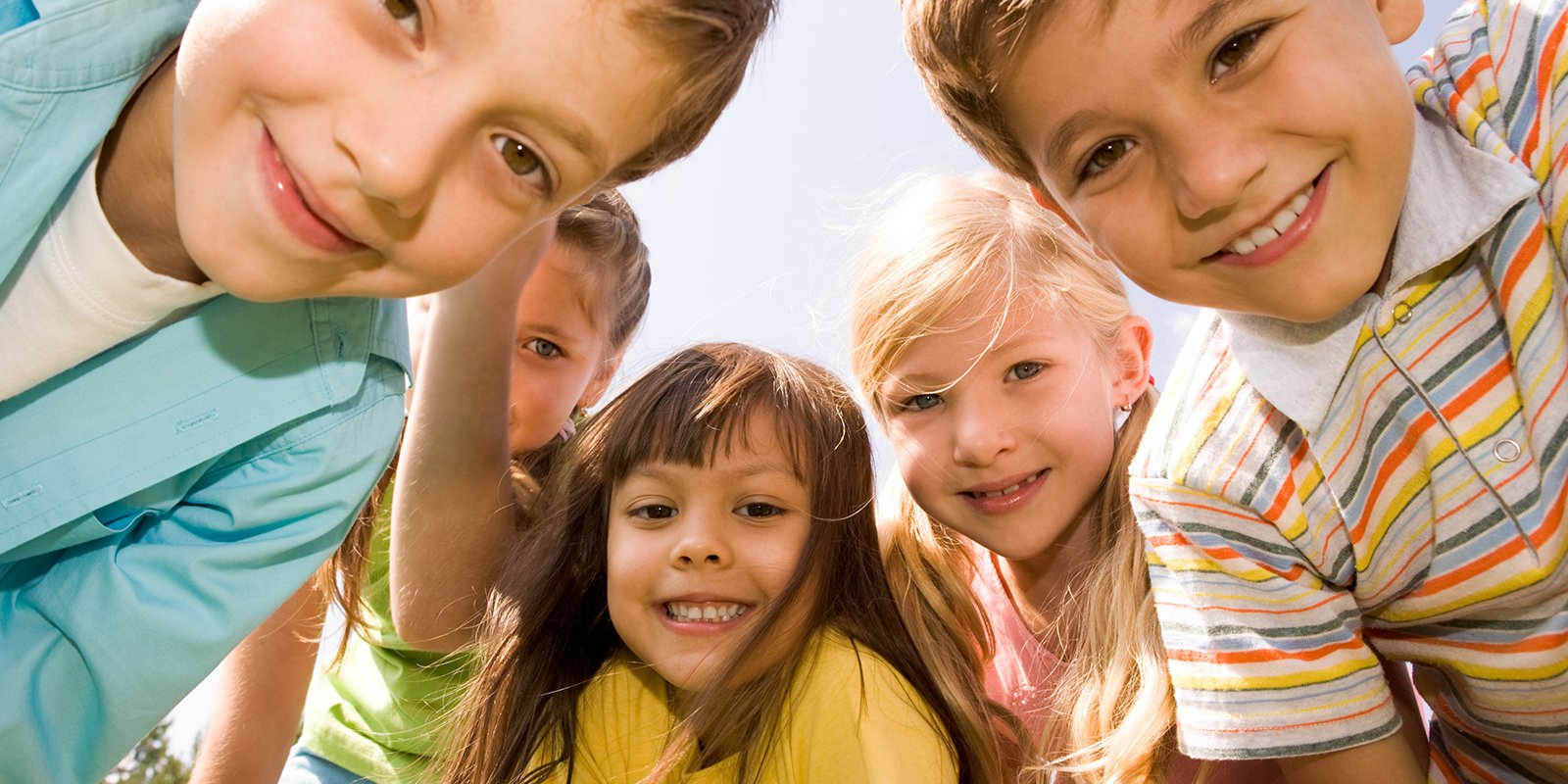