Gum care in teeth and implants

Altering the balance in the mouth can lead to the onset of disease from the accumulation of microorganisms that cause oral biofilm formation.

Healthy gums should not be inflamed, nor should they bleed. These signs may indicate that a patient has gum disease, which can develop when teeth or dental implants are present in the oral cavity.

Gingivitis is characterised by gingival inflammation without signs of any loss of tooth supporting tissues (periodontium). In general, there is redness, inflammation and bleeding of the gums. This condition is reversible when treated properly, but if gingivitis is not kept under control, it can progress to become periodontitis.

Periodontitis is a disease that is caused by infection. It is characterised by gingival redness, inflammation, bleeding and recession, as well as tooth mobility and loss of alveolar bone that supports teeth. On the other hand, the mucosa that forms around implants is similar to the gums that form around teeth, with the main differences being the lack of implants’ root cementum, orientation and insertion of connective fibres. Like periodontal tissues, peri-implant soft tissues exert a protective effect against external aggressions, such as microorganisms.

The prevention and treatment of these periodontal and peri-implant diseases should focus on the application of anti-infectious measures.

Peri-implant mucositis is an inflammatory lesion of the mucosa that surrounds implants, without any signs of loss of supporting bone. The most common characteristics include oedema, mucosal redness and hyperplasia, bleeding and compromised mucosal sealing on probing, at times exudate or discharge and an absence of bone resorption (Ikeda-Artachoet al. 2007). The continual presence of biofilm on implants causes this inflammatory reaction, and if it is not properly treated, it can progress to become peri-implantitis.

Peri-implantitis is an inflammatory lesion of the mucosa that surrounds functioning implants, associated with the loss of support bone (Zitzmann and Berglundh 2008). The lesions caused by peri-implantitis are only slightly encapsulated, extend toward the bone tissue and if they advance, can cause implant loss.

The prevention and treatment of these periodontal and peri-implant diseases should focus on the application of anti-infectious measures. The objective is to disorganise the biofilm mechanically and reduce bacteria that cause disease in order to achieve health. For this to occur, combined treatments involving mechanical and chemical measures are needed. Mechanical treatment disrupts the oral biofilm; however, it has certain limitations. Thus, the use of antiseptics is essential as a support to mechanical techniques for better biofilm control.

Effective prevention of disease progression and of the possible systemic consequences greatly depend on control in the initial phases.

Among the antiseptics available, bisbiguanide antiseptics, such as Chlorhexidine, the gold standard of antiseptics (Jones 1997; Quirynen 2005) and quaternary ammonium compounds, such as Cetylpyridinium chloride, are known anti-gingivitis and anti-plaque agents. Not all mouthrinses containing Chlorhexidine have the same effectiveness, but rather this depends on the formulation. Alcohol-free 0.12% Chlorhexidine combined with 0.05% Cetylpyridinium chloride is indicated for specific situations like periodontitis (Herrera et al. 2003) and peri-implantitis (García and López 2010). A number of scientific publications endorse it as the most effective antiseptic formulation (Quirynen et al. 2001; Herrera et al. 2003).

Chlorhexidine at low concentrations (0.05%) combined with 0.05% Cetylpyridinium chloride can be recommended for daily control of periodontal disease recurrence, especially in non-compliant patients, as well as in less complicated situations (Escribano et al. 2010).

Cetylpyridinium chloride is a plaque inhibiting agent that is classified by the FDA as a Category I agent (safe and effective). Its use is recommended for daily prevention of gingivitis and peri-implant mucositis (Dr. Agustín Casas: Peri-implant Mucositis: How can it be prevented?; I SEPA-Dentaid Symposium 2012). Controlling these diseases is very important to prevent their evolution, as well as possible systemic repercussions that can arise, like diabetes mellitus, heart diseases, lung diseases and complex situations like premature births and low weight newborns.

This is why efforts must be focused on maintaining dental and implant health or on preventing periodontal and peri-implant diseases, where avoiding inflammation and infection of dental and peri-implant tissues and preventing the formation of pathogenic biofilm are the main objectives to reduce the risk for periodontal and implant treatment failure. 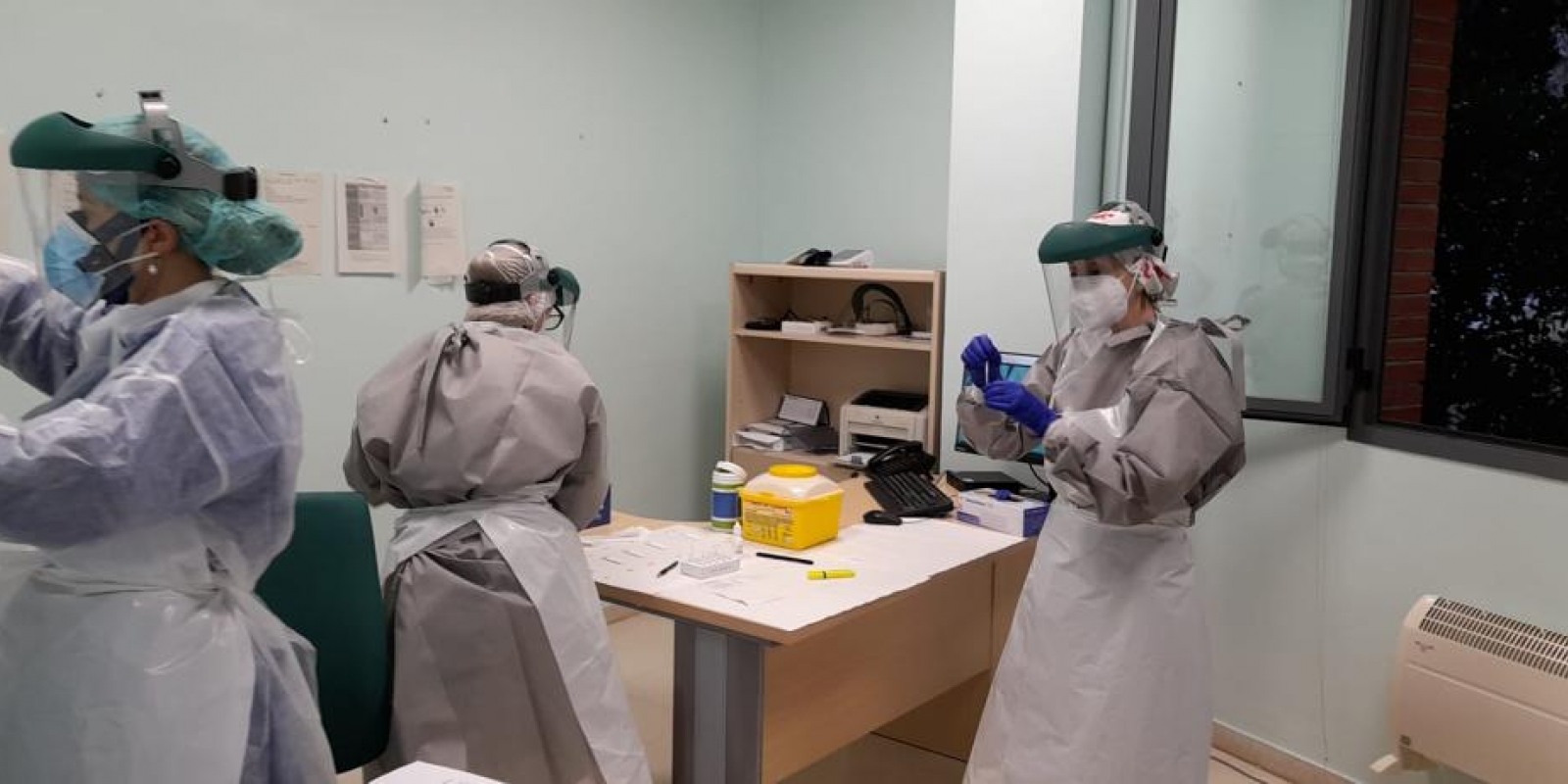 INTRODUCTION The oral cavity is a route of entry, infection and transmission of microorganisms, including the SARS-CoV-2 coronavirus. Several…

At DENTAID, we want to highlight the important role that oral health plays. Coinciding with World Oral Health Day, we have launched an awareness…