10 things you need to know about diabetes and periodontitis 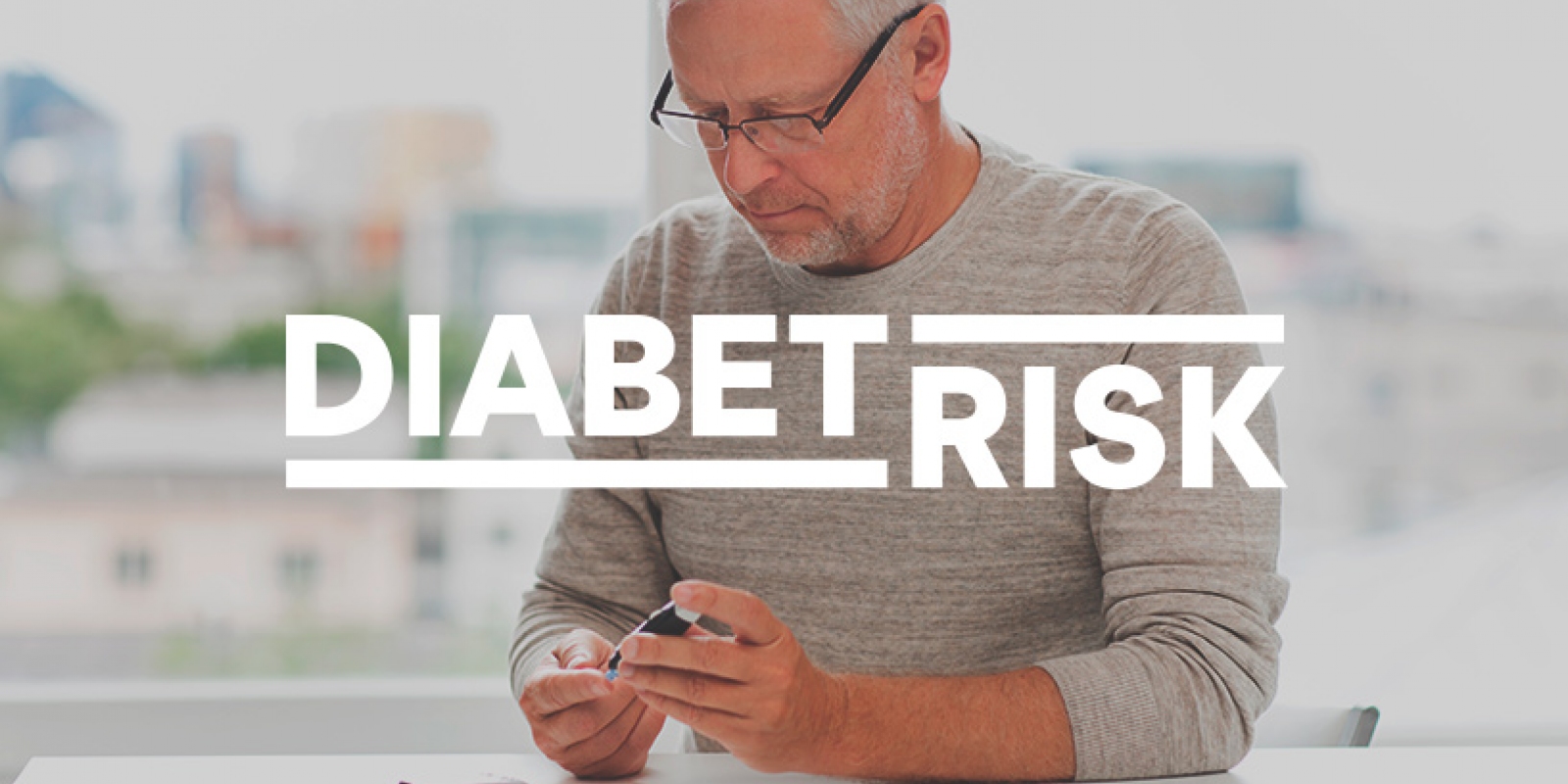 It has been found in recent years that the link between periodontitis and diabetes is bidirectional. While diabetes increases the risk of periodontal disease, periodontitis can make it difficult to control blood sugar. But there is a lot more that links the two diseases, and that requires a joint approach by different healthcare professionals.

Diabetes mellitus comprises a group of metabolic disorders characterised by high blood glucose levels, i.e. hyperglycaemia. Type 2 diabetes is especially relevant, the prevalence of which is increasing very rapidly throughout the world. According to the International Diabetes Federation, by 2035 there will be over 70 million people with diabetes in Europe. In Spain, around 5.3 million people over 18 years of age—that’s over 13% of the population, although practically half of these go undiagnosed; the average time it takes to diagnose diabetes may be as long as 10 years, if the pre-diabetes phase is included. People with diabetes can develop several associated complications, such as nephropathy, neuropathy, retinopathy, and cardiovascular, vascular or cerebrovascular problems; periodontitis is now considered to be yet another of the complications of diabetes and a cardiovascular risk factor.

The high prevalence of periodontal diseases, i.e. gingivitis and periodontitis, which along with caries are among the most frequent in humans, is confirmed by the fact that in Spain 8 out of every 10 people over the age of 35 suffer some gingival disorder. Furthermore, advanced periodontitis has been identified as the sixth most prevalent disease on the planet, affecting 11% of the world’s population.

Periodontitis is an inflammatory disease of infectious aetiology—from bacteria—that affects the tooth supporting tissues causing their destruction and, in the absence of treatment, the loss of teeth. In Spain, a recent epidemiological study carried out in the working population showed that 38.4% had periodontitis, a figure that increased to 65.1% in those over 55. Periodontal diseases can have consequences locally (in the mouth) and systemically (in the rest of the body): locally, the most important consequence is tooth loss, but it can also lead to bleeding gums, bad breath, receding gums, tooth mobility, and although not frequent, pain,…; regarding the rest of the body, the presence of a large amount of bacteria under the gums means that they can pass into the blood, and either directly or through the systemic inflammation they generate, may affect other parts of the body, with the consequent increase in risk of cardiovascular disease, preterm labour or risk of decompensated diabetes.

Risk factors for diabetes, many of them associated with a “western” lifestyle, such as a poor diet—high in saturated fats, salt and refined sugar—obesity, smoking and a lack of exercise, are also the origin of periodontal disease. In addition, diabetes and periodontitis have been found to share genetic risk factors.

The mechanisms that explain the link between diabetes and periodontal diseases are complex. Activation of the immune system actively participates in the pathogenesis of diabetes mellitus and its complications and is also the origin of periodontal diseases. This activation is mainly related to cytokine pathways, which also play a central role in the host response to periodontal bacterial biofilm.

It has been shown that there is an alteration in the regulation of the immune system in diabetes, and this favours a state of generalised inflammation and an increased risk of infection, such as periodontitis; for its part, periodontitis induces local inflammation of the gums as well as at a general level, which increases insulin resistance and favours increased blood glucose levels.

Diabetics present a greater (threefold) risk of suffering periodontitis, and their periodontal disease will be more serious and progress more quickly.

The Spanish Society of Periodontology has just completed the DIABETRISK study in selected dental clinics throughout Spain to evaluate the ability of dentists to identify patients with undiagnosed diabetes or pre-diabetes at their clinics.

This study combines the performance of a basic periodontal index, by which periodontal health parameters are assessed, along with a diabetes risk index. Based on these indices, patients who are considered high risk undergo a glycated haemoglobin test at the clinic. Preliminary results are very promising, even more so considering that there are currently in Spain about 2 million people with undiagnosed diabetes or pre-diabetes; the fact they are able to identify a percentage of these patients would help in early diagnosis and probably avoid a large part of the associated complications which occur especially when diagnosis of diabetes is delayed.

A patient with moderate-to-advanced periodontitis, who is also overweight, with increased waist circumference, with a family history of diabetes,… is at greater risk of unknowingly suffering from pre-diabetes or diabetes. In such cases, a glycated haemoglobin test is advisable, to be carried out at the dental clinic if it is available, and if not, the patient should be referred to their GP to request the necessary tests.

6. Simple resources to learn about periodontal health and detect diabetes

There is now a “Gingival Health Test” prepared by SEPA which allows a simple self-assessment test to see whether one is at risk of suffering gingivitis or periodontitis.

In the same vein, there are also other resources for early detection of diabetes at the dental clinic. By recording the patient’s risk factors in the medical history, the dental clinic can also quantify the risk of diabetes by using a questionnaire based on the recommendations of the International Diabetes Federation, such as FIND RISK. Once filled in, if moderate or high risk of having or developing diabetes in the future is observed, the patient should be referred to their GP so they can perform the relevant tests to rule out or confirm possible diabetes or pre-diabetes. In addition, glucose and glycosylated haemoglobin can be determined at the dental clinic itself by obtaining blood samples through capillary puncture, the latter being more reliable.

Faced with a patient diagnosed with diabetes, it is recommendable that the dentist or periodontist evaluates the health of their gums. If the dentist diagnoses gingivitis or periodontitis, appropriate therapeutic and preventive treatment must be carried out by means of a professional cleaning and/or scaling and root planing.

Once the appropriate treatment of the gingivitis or periodontitis has been carried out, to prevent the disease from reappearing, it will be necessary to perform adequate oral hygiene for at least 2 minutes at least twice a day, with regular check-up and maintenance visits at the dental clinic at least twice a year.

A patient with diabetes requires greater dental care. Regular professional oral health evaluations are therefore a requisite part of diabetes care, since gum disease can progress painlessly and without obvious symptoms, especially in smokers. In addition, it should be taken into account that in those with diabetes it is common for other oral problems to appear, such as dryness or burning of the mouth, fungal infections or poor wound healing.

Prevention is the best form of treatment, so to avoid gum problems and in addition to performing adequate daily oral hygiene, it will be necessary to adopt healthy lifestyle habits. A balanced and healthy diet, abstaining from smoking, proper rest, and exercise all help maintain and reinforce one’s health. Modifying habits and risk factors is complex, so constant reminders must be made, which the oral health team can do by taking advantage of the patient’s regular check-ups.

In recent years, numerous studies have been published confirming the close link between diabetes and periodontal disease, and highlighting the effect offered by prevention with good oral hygiene habits. Research led by Tae-Jin Song of Seoul Hospital in South Korea found that brushing teeth three times a day reduces the risk of diabetes. They concluded specifically that frequent tooth brushing can reduce the risk of new-onset diabetes, while the presence of periodontal disease and more missing teeth can increase the chances of suffering the disease.

In addition, Iain Chapple’s research team recently published a systematic review that shows how dentists could play an integral role in identifying people at high risk of developing type 2 diabetes, as well as early detection of those who have not yet been diagnosed. The study found that the use of risk assessment tools such as patient questionnaires and point-of-care blood tests in a dental surgery setting could lead to better patient outcomes and better management of the condition.

Not only is the collective work of the entire team of professionals who make up a dental practice essential for early detection of diabetes or pre-diabetes, as well as controlling those who already have the disease, but important benefits are also obtained from collaboration with other medical professionals, such as endocrinologists, cardiologists or family doctors. Likewise, the role the professionals who work in pharmacies can and should play is crucial, being essential when it comes to informing and advising their customers as well as warning them of oral health problems that require specialised care at the dental clinic. The fight against diabetes involves all healthcare professionals. 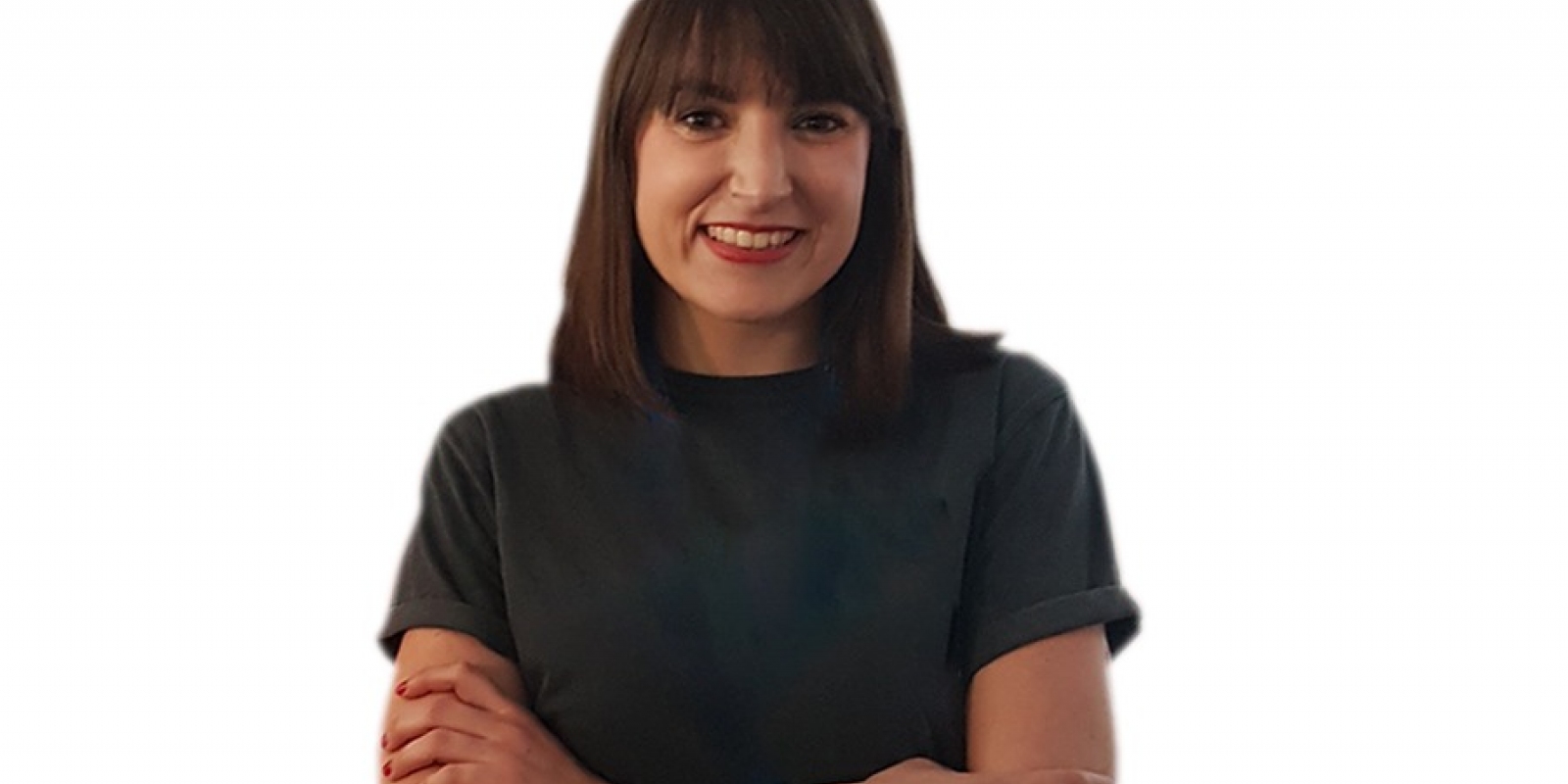 Warding off the smoke from the dental clinic

Kicking the smoking habit is the best thing a smoker can do for their present and future health, gaining in quantity and quality of life. The task is… 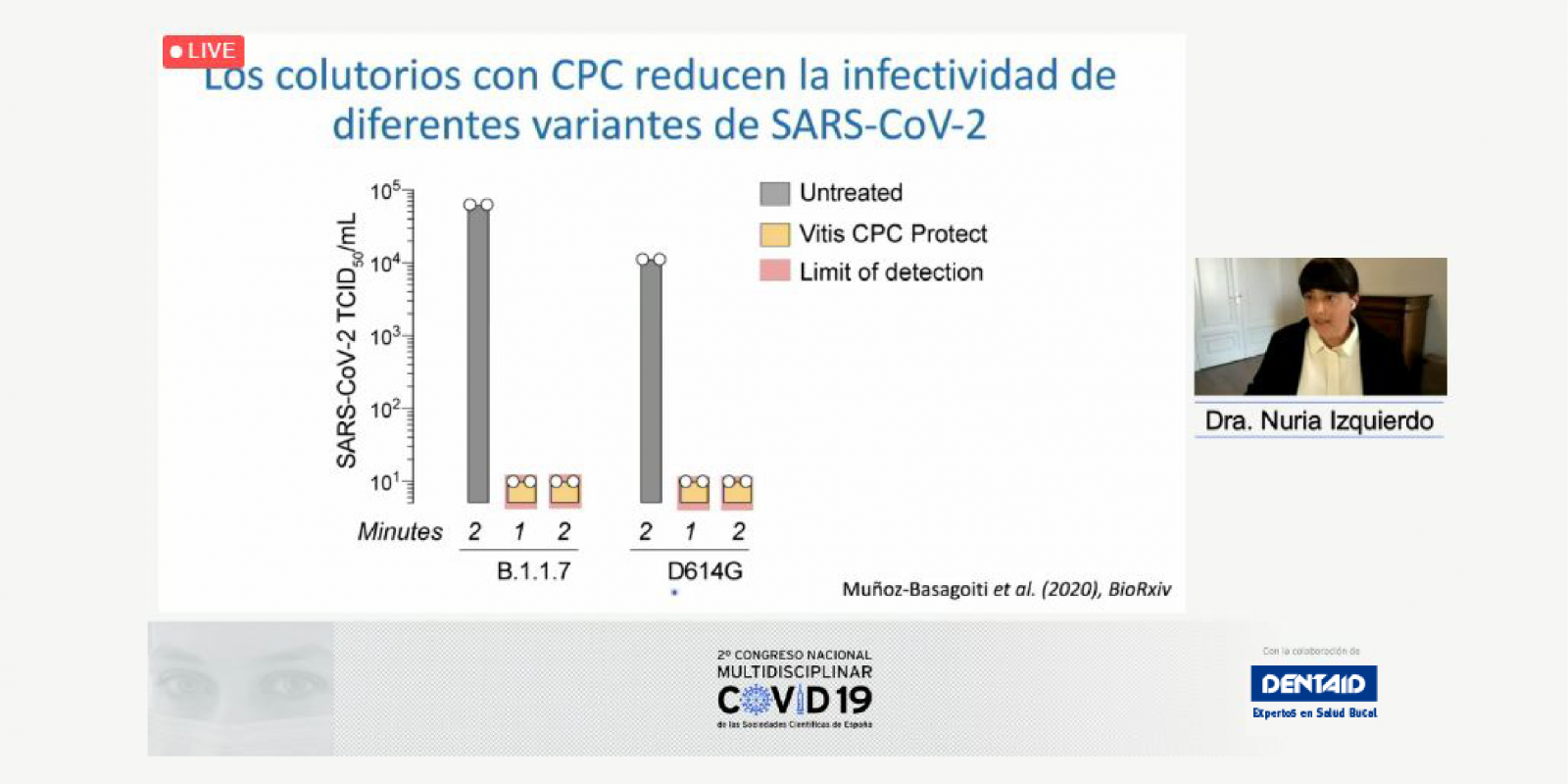 Deciphering the role of oral health and hygiene during COVID-19 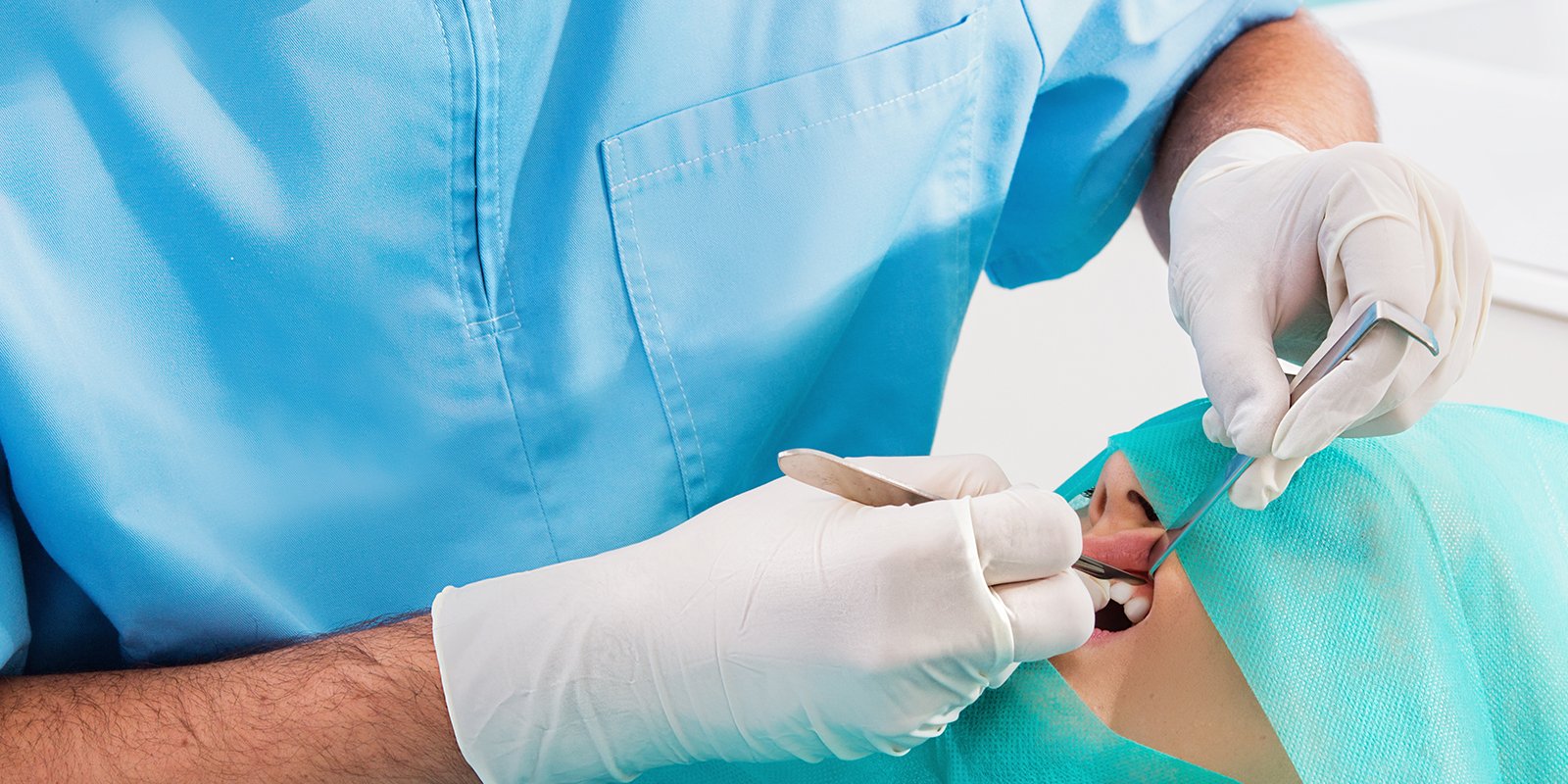